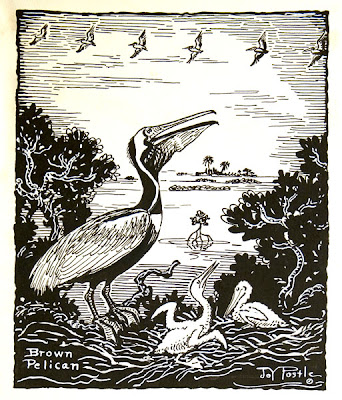 A real Florida Treasure, Joy Postle painted for over 70 years.  Always looking for untouched places off the trail, much of the Florida landscape Joy captured is gone now.  Replaced with shopping malls and suburban sprawl.  Her work is therefore important as a historical record but also should be noted for its artistic merits. In her many years as a painter she managed to accomplish something very few artist can, she made a living her whole life as an artist!  She was supportive to her community and an inspiration to many artists.  Her bio reads like another great Florida artist, Beanie Backus.  Although she is not nearly as well known.  Is that a result of gender bias?  I doubt it although art history is filled with lesser known but equally important women artists who never got the recognition they deserved.  GL

Much more after the fold... 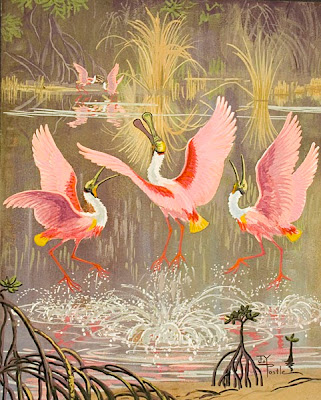 
Pioneer painter of wildlife
Postle "painted wildlife when it wasn't trendy to paint Florida wildlife," Peggy Lantz, former editor of the "Florida Naturalist," has said of the artist.
To observe her beloved birds and other Florida wildlife, Postle "waded through swamps, climbed trees, endured bugs and stayed up all night," the Orlando Sentinel wrote in her 1989 obituary.
Postle also managed to make a living as an artist at a time when art was often considered something a woman might do only as a genteel hobby. From an early age, she refused to be limited by convention. 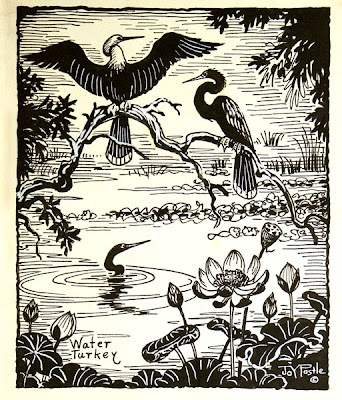 On the road in a bungalow
Born in Chicago in 1896, Postle studied at the city's Art Institute. By the 1920s, she had moved to Idaho, where she met journalist Robert Blackstone. After marriage in 1928, the couple took to the road with a homemade travel trailer, their "flivver bungalow." In 1934, they arrived in Florida, where they camped, hiked, and chronicled wildlife across the length and breadth of the state.
During the late 1930s, Postle joined the Works Progress Administration artists' project that enhanced public buildings with murals. Eventually she and Blackstone settled by Lake Rose in Orla Vista and built a simple house and studio.
She continued to paint murals, in sites from Texas to the Carolinas as well as Florida, where her work appeared in such varied locals as the First National Bank of Stuart, the Fort Gatlin Hotel in Orlando and Casa Iberia at Rollins College in Winter Park. Painting into her 80s, she created artwork for Discovery Island and the Fashion Square Mall in Orlando. She supplemented her income by doing commissioned paintings of beloved pets. 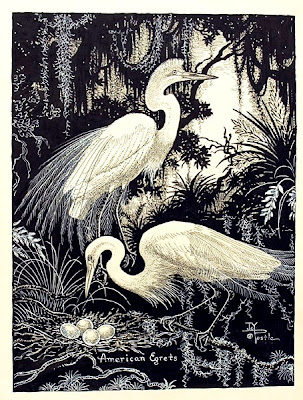 Resilience after tragedy
In 1968, a kerosene heater in the Lake Rose home ignited a fire that killed Blackstone and injured Postle severely. Recovering from her immense loss, she impressed friends and colleagues with her resilience and buoyant spirit.
Postle's step-grandson Daren Kelly, an accomplished stage and TV actor, remembers her "unbounded curiosity, her positive, forward-thinking spirit, and her ability to summon up a great deal of energy to go 'on a trek' even in late old age."
In addition to her painting, Postle performed variations of a one-woman show called "Glamour Birds" all over Florida through four decades. Her friend and collector Denise Hall remembers one late Postle appearance at Orlando's Ivey Lane Elementary School in the 1980s.
Postle wore thick glasses and a knitted hat, had long legs like the water birds she portrayed, and danced and sang while drawing birds on a series of easels. One might imagine small children rolling their eyes. Instead, they were mesmerized. They had never seen anyone like her. Postle was a true original.
By interpreting nature with her own artistic flair, she turned a spotlight on natural Florida long before environmental issues regularly made headlines. From her Bio
Source:
Phil Kovinick and Marian Yoshiki Kovinick, "An Encyclopedia of Women Artists of the American West"

Born and raised in Chicago, Joy Postle became a prolific artist with a career of more than seventy years painting landscapes, portraits and murals from studios in Idaho and Florida. Her landscapes included views of Southern Idaho, and in Florida, she painted in the national parks and did murals for hotels and banks including a restaurant mural in Beaumont, Texas and the Majestic Hotel in Lake Charles, Louisiana. In Florida, working over a period of thirty years, she did murals featuring birds and wildlife for restaurants, banks, shopping malls, colleges, hotels and entertainment centers. In her seventies, she did a western-snake painting commission for Fort Wilderness of Walt Disney World. 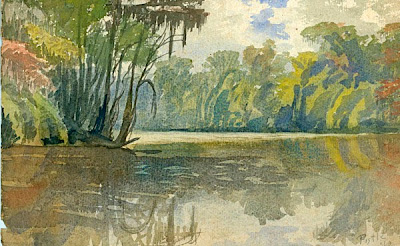 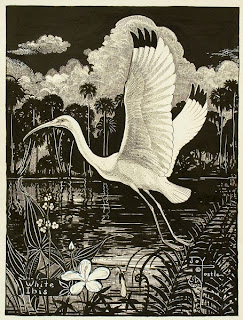 In Florida, Joy Postle was fascinated by the wildlife, especially the water birds, and one of her major artistic contributions was a "visual record of the birds and other wildlife of the state in watercolors, oils, and pen and in drawings" . . . (Kovinick 252). Using an idea of her husband's, she staged a "Glamour Birds" program, which involved sketching, singing, story telling and demonstrations. These performances occurred between 1940 and 1968, when he died.

She was the daughter of Oliver Postle, an architect, and Mary Brown Postle. She attended the Art Institute of Chicago as a student of Antonin Sterba and received honorable mentions for her paintings. In 1917, she move to Snake River Canyon in Southern Idaho, where she and her brother owned a ranch together. She painted, taught school and worked on the ranch until 1923, and then moved to Boise. There she was an interior designer and teacher at St. Margaret's School while continuing her painting.

In 1928, Joy Postle married Robert Blackstone, a newspaper reporter for the "Boise Statesman". From Boise, they took a three-year trip that led them to settle in Florida. From the 1940s to 1984, when she moved to a nursing home in Winter Garden, she lived in Orlando, completing a mural when she was age eighty for Orlando's Fashion Square Mall.

Hi, just passing by your site to see something that will interest me and luckily you impressed me with your great article and I have a great time reading everything that is written. I'm looking forward to see more of your write-ups. If you have time you can also visit my site which indicated below.

I have a great fun reading your blogs. You are really a great writer. Thank you for making this beautiful and awesome blogs. Hope to read more post from you in the future. Please dont forget to visit me in my site @ www.imarksweb.org. Thank you. 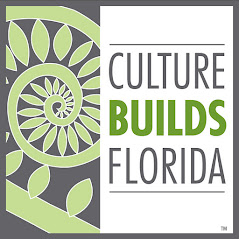 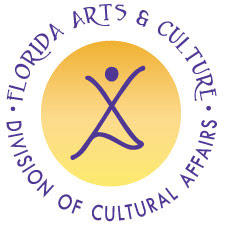